Netook Construction has also received the Alberta Best Safety Performer certificate from the Alberta Occupational Health and Safety Council. This was in recognition of exceptional performance in workplace health and safety. 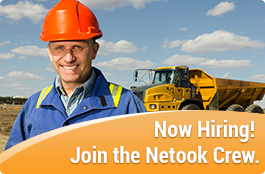